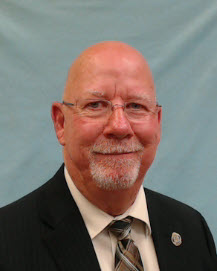 Gene Sims began his law enforcement career as an Auxiliary Deputy Sheriff with the Lee County Sheriff’s Office. Within a year, he became a full-time Deputy and was promoted through the ranks to Colonel. He retired in January 2014 after a 34+ year career, serving the citizens of Lee County, Florida.  He has served as an Adjunct Instructor with the Southwest Florida Public Service Academy since 1984, a full-time Coordinator and now serves as the Assistant Director. Mr. Sims graduated from Impac University with a Master’s degree in Business Administration with an emphasis in Public Administration. He also holds a Bachelor of Science in Business Administration from Hodges University and an Associate of Science degree in Criminal Justice from Edison Community College. He is a graduate of the FBI National Academy (Session 201). The Florida Executive Development Course from the Federal Bureau of Investigation, in conjunction with the FBI National Academy, Florida Chapter.  He is also a graduate of the All Hazard Incident Management course given by the National Fire Academy and Homeland Security. Mr. Sims started as a member of the Criminal Justice Standards and Training Commission  Region 10 Training Council, and then became the Chairman of that Council until his retirement in 2014.